"A Day like Any Other" By Carol Palmer Nugent 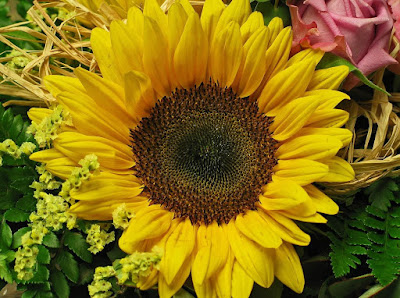 It was the spring of 1969—a day like any other day, the sun rising to melt the dew off the fresh green grass, a gentle breeze stirring the leaves, the fragrance of lilacs in the air. Yes, it was a day like any other for the rest of the world, but not for me. This was the day when my plans for a loving, normal, marriage and family came to an end and my hopes and dreams were shattered—for that was the day when he first hit me.


That day I realized I was the same kind of victim my mother had been for so many years. This was not a gentle little playful slap made by mistake—this was a forceful, deliberate strike which sent my head spinning in a whiplash, and raised a swollen red imprint on the side of my face that would later turn to shades of purple and blue. The shock of it had me frozen in place and it brought back all the memories of abuse my family endured from my bitter, angry, explosive father—a man who was supposed to love, guide, and protect us from harm.

With that blow, came the realization within me—I had married the same kind of man—and along with that blow came his words—demeaning, vicious words which cut into my heart and mind until I believed them— “you’re nothing, I own you, and you’re not going anywhere—ever.”

If you think this is a story of abuse which haunted me daily, you are wrong. He was a man of many moods, reactive, and volatile at times, but he was also hard-working, determined, and ambitious.

When he drank, it was to get drunk, but even sober, he was a rageaholic, and his anger seemed to always be boiling within him ready to explode if the world didn’t treat him right or he didn’t get what he expected out of life. As a narcissist and sociopath, he blamed me and everyone else for every challenge or bad thing which happened in our lives.

In some ways, he was the same as my father, rather shy and quiet in public, and though he seldom showed it, he had a gentle side too. But there was a constant battle within him as to which side would prevail.

My father suffered from PTSD, as a strong young man who left for WWII and returned with scars that healed on the outside, but never on the inside. My husband, on the other hand, endured a childhood filled with physical and emotional abuse from warring, alcoholic parents, and he brought it with him into our marriage.

For seventeen years, I endured the constant roller coaster of love, hate, abuse, and empty apologies, or accusations that everything was my fault. He brought this to our children too, terrorizing them at times, and I stood in the gap to keep them from his wrath.
I tried to never leave them alone with him because he was so quick-tempered you never knew when he might blow up. At times, I stood up to him, but even if I got my way at the time, it would always turn against me later.

I was a capable, dedicated, over-achiever at work, but at home, I could do nothing without his approval. There seemed to be no help in this situation. Today there are shelters and assistance to help women get out of these situations, but then there was nothing available to me.

I tried going to my mother, but she being a victim herself, had no advice or help. Once after he climbed on top of me and choked me with both hands until I nearly blacked out, I went to my doctor. I sat in his office with bruised ribs and the purple imprint of his hands around my neck, and the doctor told me to, “Try not to make him so mad.”.

There seemed to be nowhere to turn and I believed even God had deserted me. I thought many times about leaving, but it seemed like when our finances were at their worse, it was the most volatile and unpredictable of times. I tried to save money and I hid it, but he always found it. He didn’t trust me, and he watched me, monitored my phone calls, stalked me at work, and even followed me around our little town when I went to the laundromat or grocery.

I was packing up some old clothes for donation one day when I found my Bible in a box on a shelf in my closet. I put my hand on the soft burgundy leather cover and began to cry. I prayed God would help me to honor my marriage and He would give me strength and peace. I opened the Bible and read Jeremiah 29:11 “For I know the plans I have for you,” declares the Lord, “plans to prosper you and not to harm you, plans to give you hope and a future.” Hope was something I had lost a long time before, but now I realized God was going to see me through this time. I prayed every day after that and believed God had a plan for my life.

Finally, there came a day of independence. After seventeen years of marriage, we divorced, but independence was a strange thing to suddenly have after so many years of possession and darkness. I didn’t know how to make my own decisions and I was constantly second-guessing myself, but I got help. I saw a counselor and learned about co-dependency and the cycle of domestic abuse.

More importantly, I prayed. I found my inner strength and grew ever closer to my Heavenly Father who was willing to love me for who I was. I changed—I healed—I grew—I blossomed.

My plans were to raise my children and never marry again, but God had other plans for me. After six years of being single, He brought me a gentle, godly man who has been my friend and husband now for over twenty-eight years.

The days of abuse and turmoil are behind me. They are part of my past which seems more like a story out of a book, rather than the life I lived through. I rarely think about it anymore, but once in a while, something like the smell of lilacs will trigger a memory of the past, and it reminds me of how blessed I am to be where I am today.

Raised in fear of my father, I now came to the realization that fear had come to my marriage as well.

Carol Palmer Nugent is a member of Word Weavers of Northern Arizona, American Christian Fiction Writers, and Gopher Prairie Writers group. She lives in Arizona with her husband and two dogs. She enjoys gardening, reading, writing, and learning something new each day. She has published short stories in 2016 in The Good Old Days and RUBY Magazines, a true story in A Woman of Worth anthology in July, and two stories in Christmas Collection II for 2016. In addition, Carol received an honorable mention in the 2016 -85th Annual Writer’s Digest Writing Competition. Carol is currently working on a fiction story about her Grandfather Carlisle Palmer growing up in the Palmer House Hotels. https://carolpalmernugent.wordpress.com
at September 12, 2019