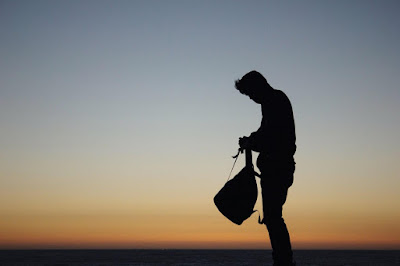 I stare at the tattoos on this dude’s arm. There isn’t a free space on his entire limb. My eyes travel up to his head: A truck could drive through his earlobes and a scar trails through an eyebrow. I would not want to meet this guy in a dark alley.


I sit here in this church youth group between scary-guy and “churchy” kids. I cross my arms tightly across my chest. Why did Grams and Papa make me come here?

My mom’s in jail for selling drugs. I never knew my dad. I’m ashamed of where I come from. Where do I fit in? Definitely not here!

Suddenly tattoo-dude gets up and steps to the front.

“Welcome,” he grins. “I see some new faces out there. Cool. Most of you have heard my story, but I’ll share it again tonight.”

“My name is Dylan,” he continues, “and I’m the youth leader.”

My head jerks up and my mouth drops.

He looks out over his audience. “My dad was a drug dealer and an addict, my mom is an addict and doing time upstate. When my dad committed suicide and my mom went to prison, I had nowhere to go.”

I sit bolt upright in my metal folding chair.

He continues on with his story...

“A beeping sound slowly nudged me awake. I blinked to clear my eyes and shook my head to clear my foggy brain.

A woman in a white coat, holding a big silver clipboard walked to the side of my bed and checked a monitor above my head.

A nurse? I’m in the hospital?

‘What happened?’ I groggily asked.

I stared at the ceiling, my wrist handcuffed to the bed rail. And I’m feeling really stupid. I don’t want this life anymore.

What am I going to do? I have nowhere to go, and I’m in big trouble.

My mom and dad had nothing to do with God. But, I figured, if God’s up there somewhere, He’s the only shot I’ve got.

‘God?’ I gazed up somewhere between the ceiling tiles. ‘If you’re around, here’s the deal,’ I bargained.

‘I’ll clean up what’s left of my life if you get me out of this. No more dealing drugs…no drugs…period. No crashing on ‘friends’ couches or living on the streets.’

I finally got out of the hospital and I’m now standing in front of a judge. He has to release me into the custody of a court-approved guardian.

I called every contact in my phone. The judge is hovering over the sheet of paper listing the names of those few people willing to take me.

Sweat is trickling down my neck.

He peered at me over his spectacles and shook his head. ‘Even if any of these people can pass a background check, I won’t release you into their custody.’

I frantically racked my brain for anyone I knew that might ‘pass.’ One person came to mind...my cousin, Tina. I don’t really want to go there. I barely know her, but I was told she’s super religious.

‘Churchy’ types rejected me one too many times. I won’t put up with any more nasty stares and snide remarks from ‘churchies.’ 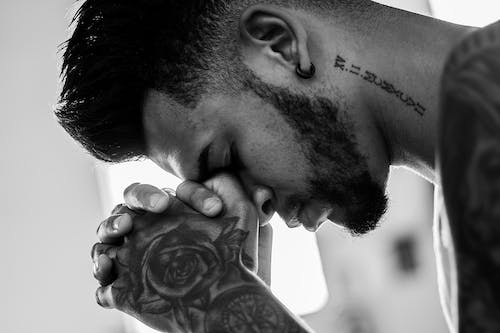 She’s not in my phone contacts anyway.

I’m running out of options…and time. The judge is impatient. I desperately scrolled through the contacts again, just to make sure I didn’t miss anybody.

I scrolled through the last number...and stared at the screen. The last number is not the final number anymore. There’s another number.

My cousin Tina’s phone number is right there in front of me, big as life! I knew this was another miracle.

The judge released me into Tina and her husband, Brady’s custody.

But things were a little rough at first.

One night I pulled a bonehead move with some of my friends.

An old abandoned building that supposedly was on a list to be torn down became the victim of our shenanigans.

We had us a grand ole time spray painting the inside and breaking its windows. Turned out, someone owned the building and was pretty upset with our ‘makeover.’

I’m loaded into my home-away-from-home—the back seat of a squad car. I’m released into Tina and Brady’s custody...again.

I wouldn’t be surprised if my cousins tried to ship me off somewhere. I deserved Siberia.

Tina broke the silence during the long drive home. ‘Dylan.’

Butterflies are head-butting in my stomach.

‘First of all, no more hanging out with those kids.

Also, the owner of the building did not press charges against you. But, your free time after school and on Saturdays will be spent helping him with cleanup and repairs.’

She turned around to face me.

‘We also want you to know that we’ve forgiven you. And God already forgave you on the Cross. But you need to accept Him and His forgiveness and start making better choices.’

‘Sooo, you’re not going to ship me off?’ I asked in disbelief.

‘You’re not going anywhere,’ Brady smiled. ’We love you. God loves you. And with His help, we’ll work things out together.’”

Dylan’s eyes dance as he looks at each one of us. “I went to church with them the next morning.

And, it was here that I gave my life to Jesus.


I figured that if He still loved me after all the stuff I’d done, then He would be someone I could trust, who would never let me down. And I would try really hard not to let Him down either.”

Tears well up as I listen to Dylan’s words. There’s a peace about this guy that I’ve never seen before. I want what he has. Maybe there’s hope for me too?

Dylan gives an invitation to join the family of Jesus.

This article was originally featured in the MAY 2019 issue of RUBY magazine. 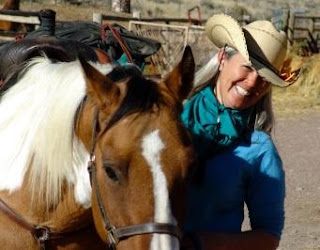 Shara Bueler-Repka is enjoying life as a singer/songwriter/recording artist, freelance writer, and award-winning author. She and her husband, Bruce, live in their living quarters horse trailer and call “home” wherever their rig is parked. Their mail-base, however, is Hallettsville, Texas. She also loves riding/ministering with her husband and their horses (aka The Boys) in the backcountry and writing about God’s grace in the various adventures on the trail
at August 10, 2019