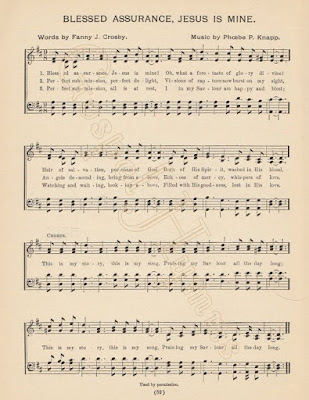 Fanny Crosby went blind at the age of six weeks in 1820. Her blindness was brought on due to an improper medical procedure.

One day in 1873, Fanny was visiting her friend Phoebe Knapp. Phoebe began to play a tune for Fanny, which she {Phoebe} had composed.

She asked Fanny what the tune said to her. Fanny’s answer: “That says Blessed Assurance.”

Fanny then quickly composed the words for her popular hymn.


In July of that same year, the hymn appeared on the last page of Palmer’s Guide to Holiness and Revival Miscellany, a magazine printed by Dr. and Mrs. W. C. Palmer of 14 Bible House, New York City.

The song became very well-known with the popular 19th Century Evangelist, Dwight L. Moody. He often used this hymn and many of Fanny Crosby’s other hymns in his crusades.

In the summer of 1894, Fanny Crosby was in Northfield, Massachusetts and attended a revival with Dwight L. Moody.

She did not want to be recognized, but when Moody’s son, Will, offered her a seat he realized who she was. Moody asked Fanny to speak and share her testimony. 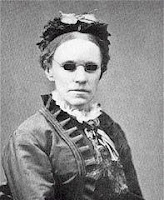 At first, she refused, but finally relented. While her hymn was sung, Will led her to the platform where Fanny received a standing ovation upon being recognized.

Fanny Crosby lived to be 95 years old. She wrote over eight thousand songs and hymns throughout her lifetime. She said she always asked God for inspiration before she began to write.

he used over two hundred pseudonyms besides her own name. Although Fanny did not want a large tombstone, a large memorial stone was erected over her grave.

On the memorial is transcribed the first stanza of Blessed Assurance. 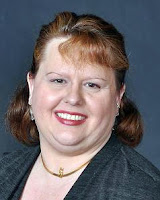 Diana Leagh Matthews writes, speaks and sings to bring glory to God.  She has been published in numerous anthologies, including many Moments books. In her day job, Leagh is a Nationally Certified Activities Director for a busy nursing facility. She takes great joy in family, friends and soaking in the beautiful wonders and promises of God. Leagh blogs about her faith and struggles on her  website  www.DianaLeaghMatthews.com  and family history at  www.ALookThruTime.com


"Blessed Assurance" by Fanny Crosby Hymn Story by Diana Leagh Matthews was featured in the August 2019 issue of RUBY magazine.