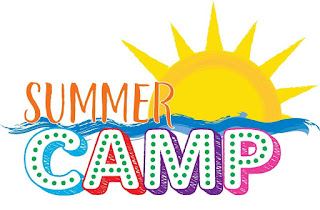 “The best week of your life, guaranteed!” That was Young Life’s summer camp promise.
They delivered! That was forty years ago and, although I’ve had some great vacations, no week changed my life more than that one.

This isn’t an ad for Young Life camp. There are other organizations that also give kids great experiences, but for me, it was Young Life that came through.

Wednesday was my favorite day during my high school years. The reason: we had Young Life club on Wednesday nights.

The high school hallways turned into information highways, as we handed out maps and invited friends. “Coming tonight?” “Young Life tonight!” “See you at club.”

You never knew what was coming at club, but you didn’t want to miss it. Side-splitting skits, crazy games, great singing, it was a night any high schooler would love.

But one night, they showed a video promoting summer camp. (And I mean “video,” tape and all.) Wow! This looks too good to be true.

There was no way it could be as great as they said, but even if it was half as good, I was in.

The video was of all their camps around the country. They built suspense in announcing which one our club was going to. Then they finally announced, “Silver Cliff Ranch, Colorado.”

Cheers and applause erupted! I can’t believe it! Colorado! Each camp featured something special. Colorado had the things I loved the most: horses.

It also had things I never thought I’d do. It was going to challenge me for sure. But I could hardly wait for the day to arrive.

Forty clubbers signed up for the trip. We chartered a bus and crammed in all forty teens along with four leaders for a two-day trip from Pennsylvania to Colorado.

Even the bus ride was an adventure—not all of it good. There were real characters on that bus, everything from athletes to band members to geeks.

One was Rodney, who wasn’t at all concerned about spending two days on a bus without showering. His wardrobe was always the same: black pants, denim jacket, and boots.

Sometime during the night, while we were trying to sleep, Rodney “walked” through the bus. He had removed his boots and was stepping on each seat’s armrest, making his way to the back. Those boots hadn’t been off his feet in a long time. The odor roused even the heaviest sleeper. There was a wave of shouts, “Rodney, put your boots on!”

But once we arrived at Silver Cliff Ranch, the long journey was forgotten. Silver Cliff was everything advertised and more. Each day was filled with incredible activities.

We hiked to the top of a 13,000-foot mountain. Starting our hike at 9,000 feet, we learned quickly about thin air. What stood out was that we didn’t do it as individuals. 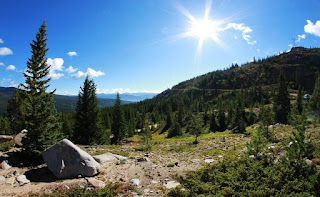 If one person stopped, another encouraged them to keep going, even helping them along. The faster kids waited at the top, cheering on those still climbing. We accomplished the climb as a group, and it cemented our unity. We were inseparable and could conquer any obstacle.

On an individual level, fear of failure had kept me from trying new things. But at Silver Cliff, with my friends urging me on, I found success on the high ropes course, zip line, gravel slide, and rock climbing. My confidence grew with each success.

And then there was horse day. We set out on our trusty steeds early in the morning. I was assigned to a horse name Buckshot. Not a big horse, Buckshot was very stable with a sweet personality (a lot like me). I had ridden horses before, but not like this.

After leaving camp, we traveled quite a while before coming to a fast-moving stream. The instructions were simple: “Stay on the horse no matter what, and when you reach the other side, lean forward onto the horse’s neck to help them scale the steep bank.”

That didn’t sound scary at all.

Buckshot stepped into the water and started across. He picked his way along, hooves sliding on the slippery rocks, jostling me precariously. The water rose to his belly and then reached the saddle.

I held on, trusting Buckshot had done this before and could make it. We reached the far bank. I leaned forward, and Buckshot shot out of the water, jumping front feet then back feet up the embankment.

When we reached the top, I let out the breath that had been caught in my throat since the first slippery step and gave Buckshot a hearty pat on the neck for his efforts.

We did it! (As if I had anything to do with our success.) We were rewarded with a delicious breakfast, cooked on an open fire. Well, Buckshot was rewarded by having me off his back for a while.

There were plenty of other activities that week: volleyball tournament, swimming, a hoedown, even a rodeo in which the kids were encouraged to participate.

But the most important activity was at the end of every day when a staff member shared the Gospel. I got to have spiritual conversations with unsaved friends. Our girls’ cabin had great times of discussion and prayer.

I grew in my walk with the Lord. Others came home as new creations. We all hated to see the week come to an end.

But the camaraderie wasn’t left in Colorado. We were closer as a group and went into a new school year with new friends and new brothers and sisters in Christ.

My oldest grandchild gets to go to summer camp this year for the first time. I can’t believe it! It’s not Young Life camp; she’s only five, so it’s just day camp.

But I’m excited for the experiences she’ll have and can’t wait to hear all about it. Summer camp can change lives. It changed mine. 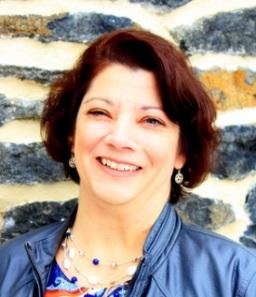 Lisa Radcliff is a writer, speaker, women's Bible study teacher, and a 35-year volunteer youth worker, residing in Pennsburg, PA. She is a wife, mom, and mom-mom who loves God's Word but also loves football, chocolate, shoes, and Maine. Her hobbies include quilting, shopping, cooking, and raising Seeing Eye puppies. You can reach her at lisajradcliff@gmail.com.